I am an image and sound professional; I have 11 years of experience as a freelancer creating audiovisual projects to give solutions to companies and institutions in video and photography.

In parallel, I develop creative projects that I exhivit in galleries and museums. 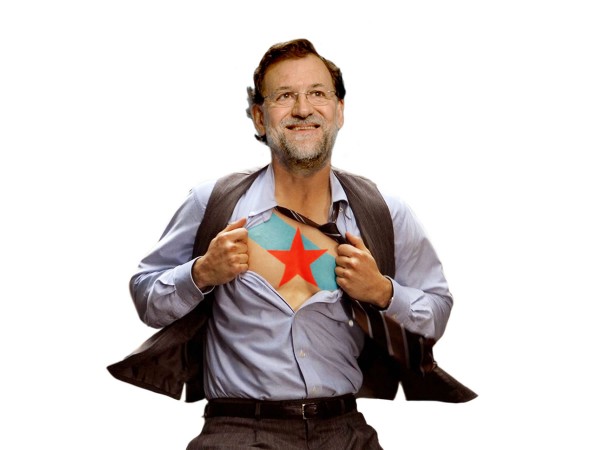 Mariano Rajoy after many years of hiding in the stereotypes and the doctrines of the Party to come to power, it discovers and reveals his true feeling Nacionalista Gallego.

Everything turned out to be a ruse perfectly designed and executed by the independence of Galicia brains in order to infiltrate a mole power with which to control the Spanish Government and from there to guide and direct the process separatist.

The people believed without doubt in the words and promises with which Rajoy won the elections, but these were only the tools for success and control of the same citizens who trusted in his speech and in his lies.

In a few days will convene a press conference to announce the separation of the Nation of Galicia and the Basque Country and Catalonia, which immediately convene elections for their own new Central Government.